Being charged with a crime and receiving a strict sentence can be a daunting and life-changing experience. While appeals are usually said to be the final decision in the court, if you believe your trial had specific issues leading to your conviction, you can still change it. The first step you should take to deal with the situation is to approach an appellate attorney to guide you through the next steps.

The appellate attorney can rectify any possible errors made during your trial to defend your conviction. If the objection is not timely made and adequately defended by the trial attorney, it will not preserve, and the objection is supposed to be waived. Therefore, it is essential to hire a professional attorney to represent you at the trial. To understand how the appeals process works in Boca Raton, FL, take a look at our guide below.

What is the Concept of an Appeal?

An appeal is an objection made to review a trial by the higher court whose decision has already been finalized. The trial attorney will identify the errors made by the prosecutor, the judge, or the defense attorney during trial on record and preserve them on legitimate grounds. Typically, any witness cannot testify or provide further new evidence. The attorney’s job in the process of appeal is to determine the errors made during the procedure of trial by the lower court.

What is the Deadline to File an Appeal?

You can file an appeal in 30 days. However, it would be best to verify it with your lawyer in Boca Raton, FL.

Who Can File an Appeal?

Although every citizen has the right to file an appeal, not everyone will be granted an issue for review by the court. Since there is very little chance of errors during a trial, your conviction was likely sentenced due to legitimate reasons and legal issues made during the trial.

What are the Steps of an Appeal Process?

Typically, the appeals process includes six primary steps to follow that are listed below:

The second step of appeals requires your lawyer to acquire a record on appeal. It’s a set of documents that will obtain from the clerk of the trial court that he filed in your case. It contains court reporter’s transcripts, hearings, and statements recorded during the trial. Your attorney will thoroughly check the documents for any errors found in the record.

Your attorney will conduct legal research once they review the record on appeal, and they will prepare and file an initial brief upon finding any errors. The facts and errors found in your record documents on appeal will be legally presented forward by your attorney as support of your appellate issues.

This chance will allow you to argue against your case appeal to the opponent’s side, also known as an answer brief. The opposing side will track if your attorney rightly preserved the legal objections. If the objection made by your attorney is correct, a ruling will be issued by the trial judge.

An Oral Argument and A Reply Brief:

The defending side is given the last word to file a reply brief in an appeal. The defense addresses any errors or inaccuracies found in the answer brief in writing. In another case, an oral argument is requested by your attorney. It depends on the appellate court whether your request for oral argument will be granted or denied.

The Decision of Court:

The last step for appeals in Boca Raton, FL is to wait for an appellate court decision dependent on the reviewing court; a final decision may take approximately three to six months. It is also possible for the appellate court to reverse the action for your charge of conviction to be affirmed, dismissed, or given a new sentence and trial. In case of an affirmed conviction, you may pursue relief for postconviction or an appeal in another court. 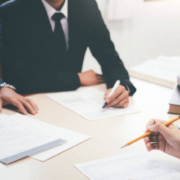 What Are Considered to Be Slip & Fall Accidents?

Bernstein|Polsky has a team of experienced trial lawyers with a reputation for powerful advocacy, outstanding results, and adherence to the highest ethical standards. Your fight is our fight.

Increased Demand for Lawyers During Covid-19
Scroll to top